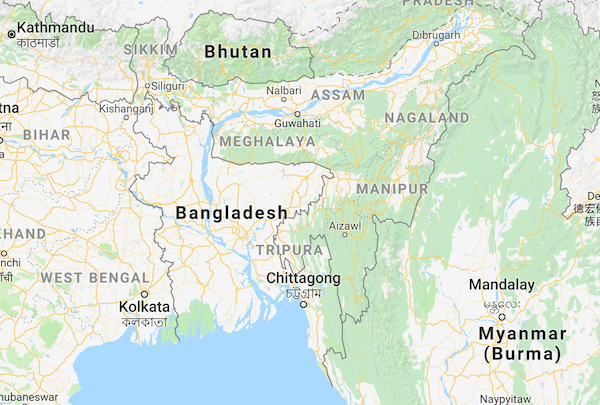 Bangladesh is one of the few Muslim countries where prostitution is legal.  Combine that with sex trafficking and girls in high risk situations, and it becomes a dangerous environment.

Quite often the journey starts with the promise of "lucrative jobs" to impoverished parents.  Girls/women who have a lack of economic opportunities and poor education are also more at risk of being trafficked, abused or exploited.

Sex workers in Bangladesh are not treated like normal citizens — they have no freedom or human rights. Girls often come from economic poverty and are usually victims of trafficking.  They are owned by a madam, must pay debts and are not allowed to go outside or keep the money they make.

Many girls/women who have experienced, or are experiencing, sexual abuse, exploitation or trafficking are susceptible to drug and substance abuse as a form of escape. These children are vulnerable to HIV/AIDS and other sexually transmitted infections.

Human trafficking in Bangladesh is believed to be extensive both within the country and to India, Pakistan and the Middle East. Many girls are trafficked into sexual exploitation or bonded servitude.

Sexual exploitation can start when girls are as young as 10 in Bangladesh's registered brothels, its hotels and its parks, streets and stations. Children of women who work in a brothel often end up working there too. In brothels, many children have to work as bonded sex workers. They must pay all their earnings to the brothel's madam for their first few years in return for food, clothes and essentials.

Real Restoration uses a peer to peer approach with exploited girls/women.  That simply means our team lead mentors, encourages, and supports the girl/woman.  Talking with her about education.  We will also move her out of a difficult situation if need be.

We are all about relationships.  Our hope is to pass on interpersonal skills to help girls/women make informed decisions, solve problems, think critically and creatively, build healthy relationships, empathize with others, and cope with and manage their lives in a healthy and a productive manner.

Reintegration into mainstream community is another issue that cuts across child sexual abuse, exploitation and trafficking.  This is common to all of the countries Real Restoration works in.  Reintegration into mainstream society is a huge issue for trafficked girls/women, especially for girls with the stigma and taboo associated with it.  If they return with a Sexually Transmitted Infection (STI) or HIV positive, it becomes more challenging for the family and community to accept them.

Believe it or not, there are women who remain in the sex trade even after their ability to make their own choices based on available options has been restored to them.  In Bangladesh, like Mumbai, India, we found that the support system would be gone if they left.  Also when a girl/woman feels she has been “spoiled”, they stay because they believe they will leave their support system.  In that case, one of our main goals is to help a girl open her mind to hopeful possibilities.

Sharmila worked in a brothel outside of Kolkata for five years after having been trafficked from Bangladesh when she was 18 years old. After being told that she had paid back what she owed to the madam, she decided to remain in the Kolkata area. She recalled the abusive nature of her previous family life, she decided that returning home would not be in her best interest.
“From the moment that a woman has paid her debts, she is free to leave the brothel.” Sharmila said. “But these women are socially stigmatized outside their ‘homes’ and thus often choose to stay and continue supporting their families with their earnings.”

Girls involved in sex work are sometimes not needed; for instance, when they are discovered to have a disease or are in some way no longer physically able to carry out their work. For example, a woman working in a brothel might be thrown out when it is discovered that she has tuberculosis or AIDS. The Real Restoration team leads have their ears close the ground for where the needs are.

When Anju was 18 years old, her husband told her that she should travel to Kuwait to make some money for the family as a domestic worker.   Upon arriving at the airport in Kuwait, she was taken to the home of a local businessman. For the first month she did housework. But then she was forced to provide sexual services to the men in the house as well as those from other families. At first she resisted, but after regular beatings she finally gave in. Since her family had borrowed from moneylenders in Bangladesh, she felt she could not return empty handed. For three years she remained in this situation until her visa expired and she was returned to Bangladesh.

Sushma was trafficked to a brothel in Mumbai. After nearly four years, when she had paid back what they said she owed, she was allowed to leave. Since her family thought she was in India working in a carpet factory, she returned home without telling anyone what she had been doing. When asked where the money she had earned was, she lied and said that it was stolen as she was returning home. Although she was allowed to reintegrate into the community, she lived in constant fear that someday someone would recognize her and reveal her secret. She did her best to live with the shame and the depression that followed her long ordeal.