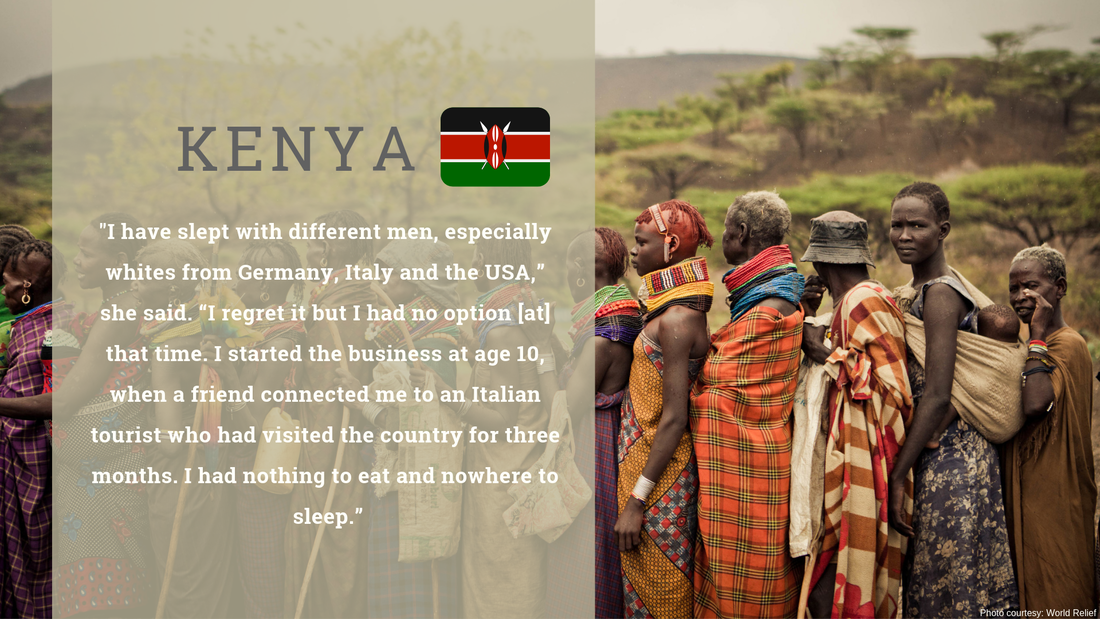 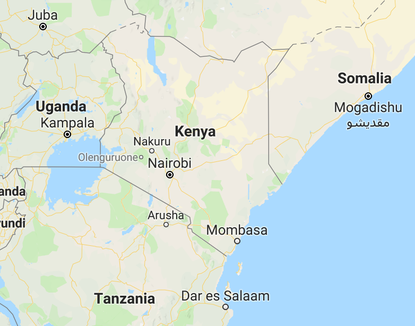 While Kenya is known for the Serengetti, Kilimanjaro, Kenyan distance runners, it also is growing in sexual exploitation.

Child sex tourism is rampant in the coastal city of Mombassa.

European travelers especially have continued to fuel the trade. Many come to the city in search of girls aged between 12 and 18. The industry has made Kenya one of the world's hubs for child sex tourism, researchers say.  UNICEF released numbers on child trafficking in Kenya that revealed that almost a third of girls age 12 and younger in the Mombasa region were involved in prostitution. European men comprise half of the clients, the report said.

“We always believe that white men have money, so when they come here we hope that they will get us out of poverty,” said Sabina. “They give us a lot of money and sleep with us. We use the money to pay rent for our parents and buy food.”

“I have slept with different men, especially whites from Germany, Italy and the USA,” she said. “I regret it but I had no option [at] that time. I started the business at age 10, when a friend connected me to an Italian tourist who had visited the country for three months. I had nothing to eat and nowhere to sleep.”

According to the latest data available, one in three girls aged between 12 and 18 in Kenya’s coastal area is engaged in casual sex work, a 2006 report by the U.N. children’s agency Unicef and the Kenyan government states.

“It’s getting worse. In about 90 percent of families in a village, you will find at least one girl out of three who is a victim of commercial sexual exploitation".

Eighteen-year-old Saumu, who began selling sex at 15, holds out little hope of a better future: she has a 3-year-old son from one client, and is eight months pregnant by another.