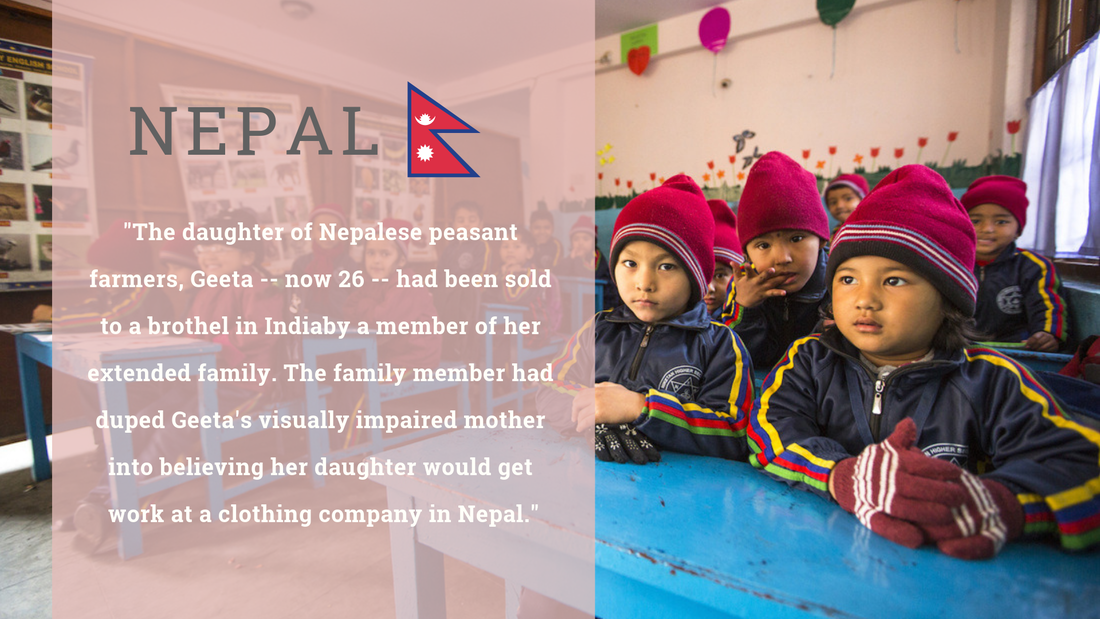 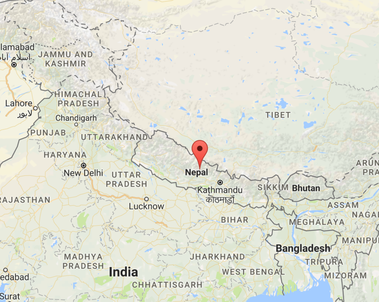 Below are a few stories we have heard and read about in Nepal.

Anti-trafficking reports show an increase in both transnational and domestic trafficking during recent years, although a lack of reliable statistics makes the problem difficult to quantify. NGOs estimate that 10,000 to 15,000 Nepali women and girls are trafficked to India annually, while 7,500 children are trafficked domestically for commercial sexual exploitation.

Charimaya Tamang, who 19 years ago went out to the fields to cut grass in her village in Nepal. Typically she would have gone with other women from her village, but that day she was alone. A group of men grabbed her from behind, tied her hands and made her swallow “a powder.” When she woke up she was in a city in northern India. “I had never seen tall buildings before,” she recalled. It was a lot hotter than her village and the men offered her a soda. “I didn’t want to drink it but I was so thirsty,” she said. The heat and soda were her last memories before finding herself in a Mumbai brothel under the care of a woman she called “Auntie,” where she remained in forced prostitution for 22 months.

A brothel pimp or madam pays close to $2,000 for one trafficked Nepalese girl, according to Rupa Rai, head of Caritas Nepal’s gender department. The girl is then obligated to repay this fee over time. Charimaya Tamang was the first woman in Nepal to file charges against her trafficker and win. The very same men that made her drink that soda were caught and put in jail, she said.

Nepal has a unique cultural system known as "Deukis," whereby by rich zamindars (feudalistic agricultural families) having no children through a legally married wife, procure these young girls from poor rural Nepalese families and after initiating them into the household through the temple rites are taken as mistresses cum slave bonded laborers to produce offspring. Later on, as the girl gets to be over 30 years and grows older, she is forced into prostitution. There is no respite to what the poor Nepalese girl has to suffer on in life once initiated into this system. In 2007 according to a UN report, there werel nearly 30,000 deukis in Nepal compared to 1992, when there were 17,000 deuki girls according to Radhika Coomaraswamy in the UN Special Report on Violence against Women.

The massive earthquakes in Nepal will lead to a dramatic rise in child marriage and the trafficking of children as criminals prey on orphans and parents act to protect young daughters, the head of a social welfare organization predicted on Tuesday.

"Rape is taking place. Almost every week we have a case of a young girl being raped by a group of boys (in tents)," he said. "Parents who have young girls will have fear in their minds and they will think the best way to ensure her safety will be to marry her."

Other girls may be married off because their parents have been killed, their families can no longer afford to keep them in school or because their schools were destroyed.

The daughter of Nepalese peasant farmers, Geeta -- now 26 -- had been sold to a brothel in Indiaby a member of her extended family. The family member had duped Geeta's visually impaired mother into believing her daughter would get work at a clothing company in Nepal.   "The brothel where I was ... there [were] many customers coming in every day. The owner used to verbally abuse us, and if we didn't comply, [she] would start beating us with wires, rods and hot spoons."   It was not until Geeta was 14 that a police officer rescued her and brought her to a safe house compound run by Anuradha Koirala. The 61-year-old woman and her group, Maiti Nepal, have been fighting for more than 16 years to rescue and rehabilitate thousands of Nepal's sex trafficking victims.

The women, who had been sold to a brothel in Kolkota last year, managed to escape from Dharamtala area where they were locked up for three days, the police said.  Krishna and his associates had persuaded the women to carry herbs to Kolkata for a sum of $300 each. The family members of the victims were also assured that the women would return within three days. The accused made $6000 by selling the women to brokers, one of the victims said.  "We had never imagined that we would be trapped in such a situation in the name of exporting herbs," she said.

"Trafficking ... contributes to the spread of HIV by significantly increasing the vulnerability of trafficked persons to infection," said Caitlin Wiesen-Antin, HIV/AIDS regional coordinator, Asia and Pacific, for the United Nations Development Programme (UNDP).  "Both human trafficking and HIV greatly threaten human development and security."
​
Major human trafficking routes run between Nepal and India and between Thailand and neighbors like Laos, Cambodia and Myanmar. Many of the victims are young teenage girls who end up in prostitution.  "The link between human trafficking and HIV/AIDS has only been identified fairly recently," Wiesen-Antin told the International Congress on AIDS in Asia and the Pacific.

Incidents of human trafficking are on the rise in the country despite the presence of a number of organisations, both in the private and government sectors, and the powerful media that makes each incident of human trafficking public. The latest case of human trafficking was revealed in Nepalgunjthe other day when a suspected trafficker was arrested while trying to traffic four boys and five girls across the border. Thanks to Maiti Nepal, an NGO working Though there is no official record regarding the number of Nepalese girls trafficked to Indian brothels, thousands of Nepalese girls are said to live lives of untold misery in the Indian brothels.

Although the government, law enforcement agencies and social orgnisations have been active in checking human trafficking, the unscrupulous brokers continue to do the business taking advantage of legal and other loopholes. It is also believed that there is a strong nexus between the brothel owners, brokers, politicians and criminal gangs who aid in human trafficking. As a result, checking and eliminating human trafficking have become a challenge.

"I got acquainted with a boy who was 30 who said he loved me and promised to marry me. He convinced me to go to India for a better life. I went with him. The same night one of the men told us that we had to work in prostitution. I told him that I didn't want to work in prostitution, but he threatened me severely".

​Girls as young as 13 are taken from villages and slum areas by traffickers - men, and sometimes women - who lure them away with the promise of well-paid jobs in the country’s capital, Kathmandu, or in the big cities of India and the Gulf states.
But what actually awaits the girls is a life of forced prostitution in these cities’ brothels. The girls don’t know how to escape - they are mainly uneducated and extremely poor and too ashamed to tell their families what they are doing.  Even if they manage to escape or get rescued from the brothels, their families and communities often refuse to take them back because of the social stigma the girls now carry.